[Tape 1 – part of a double pack with Jumping Jack Frost] 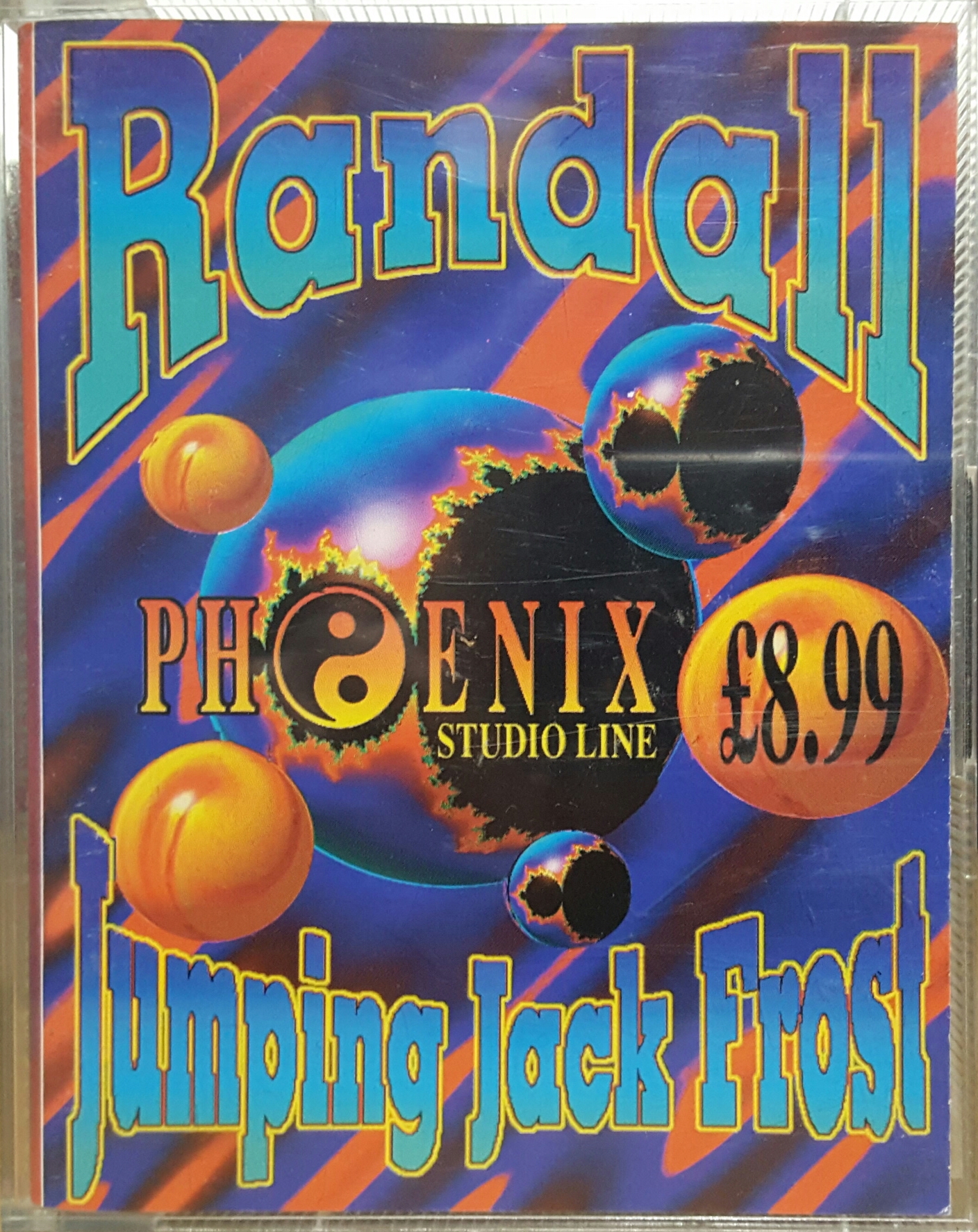 Big thanks to JJ for the tracklisting…

Thanks to Nebkins & Crew for initiating the Tracklisting
Original uploads at the GEJ Forum ;] 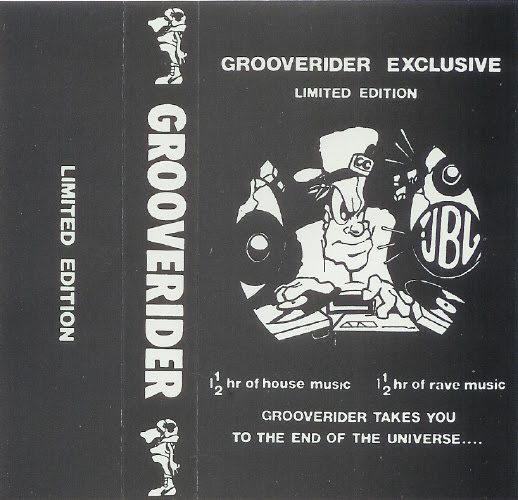 Thanks to RuFuS for the mix & Tim Reaper for the tracklisting!
Tape cover courtesy of JJ …

Following my increasingly ludicrous claim that Eclectic Mix 4 would be the final of the series, I have to admit sample-digging is way too addictive to put down.
Having sparked my nostalgia for the real deal old-skool hardcore during the techno sample-spotters mix, this rapidly snowballed into almost four months of painstaking, mind-fucking graft, culminating in Eclectic Mix 5 hardcore special, 1991-1993. Reconstructions, VIPs, sample mash-ups, a truckload of breaks, chipmunk vocals all that good shit.

This time it’s over 300 original samples chopped up, pitched up, juxtaposed, generally fucked about with and repurposed into an extended tribute to the soundtrack of my yout’. Ahhhh back to the days of watching Moby on TOTP (or was it Dance Energy? Big up Normski) buying up XL and Rising High 12s without hesitation from Our Price. first hearing Acen’s ‘Close Your Eyes’ and SUAD’s ‘Green Man’ on Warehouse Raves 6 on a mate’s walkman at school and knowing things would never be the same again religiously taping the Sublove shows. desperately waiting for 4 Hero’s Journey From The Light to hit the shelves all defining moments that stick in my mind.
I concede then that this is a very personal mix, and could never be an exhaustive representation of artists from the era (which would be frankly impossible due to constraints of time, sanity and the fact that certain legendary labels – Basement spring to mind – didn’t use that many samples), nevertheless if you like your old skool you’ll probably like this mix. That said, If you make it to the end in one sitting I’ll be well impressed. Only for the headstrong.

Enough chat. The tracklist exceeds the Soundcloud word limit by a factor of three, so if you want it you can either (a) download – it’s embedded in mp3 lyrics tab, (b) PM me or (c) leave a comment for specific IDs. For now you can have a cryptic table of contents:

Thanks to Nebkins for the Tracklisting.…

Thanks to JJ for the tracklisting …

I know I said I was done with eclectic mixes…
This one is a bit different. Fundamentally it’s ‘Techno for the Sample-Spotters’, but also a vague history of techno – from Kraftwerk, through Detroit and Acid house, into Sheffield Bleep and Euro Techno of the early 90s (the era I grew up with), with bits of ambient, house, rave and hardcore thrown in. Eclectic because it’s interspersed with plenty of random tracks, break loops and samples to enrich the experience, and of course there’s loads of reconstructions and references to classic hardcore and jungle (SL2, The Untouchables, Nebula 2, DJ Mayhem, Peshay, Intense, D.O.P.E. and Nasty Habits among others).
Massive shout to Paul from Distant Worlds for the original idea, creative input and sourcing many of the tracks this one’s for you mate 🙂
Enjoy it folks!

Last of the Eclectic Mix series, so I’ve gone all-out. A final statement of my love for hardcore, jungle and D&B: 140+ sample sources, cut up, reconfigured and rebuilt just for you.
Huge shout to everyone providing suggestions, moral guidance and encouraging these hugely stressful yet rewarding endeavours, including Olly and Ciaran, Paul, Mikhail, Law, Keith, Phil & Tim, but most of all my wife and kids for putting up with this shit 🙂
Settle back and enjoy.

” This mix was supposed to be the sequel to Junglist Credentials Part 1, but when I finished it I realised that it has a very different sound so I decided to give it a new name instead of simply calling it “Part 2″. The idea behind it is the same, however: to recreate the atmosphere I experienced while listening to London’s pirate radio as a teenager in the mid-90s. The track listing dates back to circa 1994 and once again there are a few lesser known tunes thrown into it for good measure. ”

Thanks to the original uploader (Thumbzo?)…

A second journey into the more esoteric sample roots of breakbeat culture. Like the first mix it’s an anything-goes, multi-genre mash-up with set-pieces and references to obscure hardcore, jungle and DnB tunes from back in the day. Had loads of fun sourcing the tracks and piecing them together; once again I’ve pushed the boundary of my own sanity during the construction, but hopefully it was worth it.

Massive shouts again to the RolldaBeats forummers, WhoSampled and Discogs contributors for making this kind of thing possible, you guys are the best…

Final mix (for 2016 at least) in the sample-spotter series.
I’ll tell you straight, this was a labour of love – two weeks of hell staring at my iPhone to put this together, but worth it all in the end.
It’s a selection spanning numerous genres from the 60’s to the 90’s, the common thread being – as ever – that each track was sampled by the hardcore/rave/jungle/DnB scenes – some have just one signature sample, others have been frankly rinsed the fuck out. Some of these records are incredibly obscure, dug up with help from the RolldaBeats and WhoSampled camps – others are long-standing personal favourites of mine.
This time I’ve included a few cheeky set-pieces based around reconstructions of hardcore/jungle tracks, or at least paying tribute to them, so keep an eye out for D’Cruze’s Bass Go Boom, 4 Hero’s darkside classics Journey From The Light and The Elements; a trio of Foul Play samples, a cut-up reconstruction of Leviticus’ The Burial, a 115bpm tribute DJ Hype’s Tiger Style, and plenty more besides. I can assure you that no jungle records were harmed in the making of this mix, original sources only. And they are so good. As ever – hope you enjoy.

Selectabwoy :- Yes. This one’s all about the breaks.

We’re going back, way back to the foundation, with a selection of original soul and funk classics. Time for me to pay homage to some of the original artists, notably the drummers, that gave us the backbone of hardcore, jungle & DnB.

Put this one together fairly quickly, choppy mixing, no messing about, just wanted to let the tracks speak for themselves. They’re all listed below and I’ll probably throw in a few examples of break usage for anyone who’s fussed. Most of these are pretty well-known but I’ve thrown in a few lesser-sampled ones. This is a mix I’ve wanted to do for ages; I’m only scratching the surface, could have kept hunting these tracks down forever, but you gotta draw the line somewhere! Less than a day after finishing the mix I discover Lucille Brown & Billy Clark’s ‘Both Eyes Open’… a personal favourite. Fuck it, it’s going on the next mix.

Massive shout to the guys at Rolldabeats forum (especially Beat-Findation who tracked down ‘Non-stop Home’ for me, props) – many of these sources I wouldn’t have discovered without your efforts. Big up. And an honourable mention for WhoSampled.

Selectabwoy :- Yo. Here’s the next instalment in my series of sample-source mixes. This time we’re rewinding back to the late 80’s/early 90’s with a quality selection of old skool US and UK hip-hop (and a bit of hip-house thrown in). This started off as a quest to compile heavily-sampled tracks used in the early 90s rave/hardcore/jungle scenes, but then evolved a bit more into a listening experience, and I ended up throwing in a handful of lesser-sampled tracks as they had the right kind of vibe.

I’ll leave most of the sample-spotting to you. But this time around, besides the vocals and direct samples, there’s also a few original and second generation drum breaks up in the mix. Check Paris’ ‘Make Way For A Panther’ for the original ‘Angel’ break, Run DMC for the ‘Sound In Motion’ and ‘Some Justice’ drum loops… and Tuff Crew for ‘Hurt U So’ 🙂

Really enjoyed putting this one together, so I hope you enjoy listening. I had genuinely forgotten how good these tracks are – not to mention the ones that sampled them… high time to dust off my ‘92 collection and have an old skool rinse-out 🙂

Selectabwoy :- “I’ve had this mix in mind since hearing the Sing Time sample in Mary J’s ‘Be Happy’ leap out at me while shopping for paint in Wilko several years ago. A selection of golden era hip-hop and R&B gems, all of them (with one exception*) sampled on various jungle/DnB tracks in the mid-90s. Some are subtle, others, notably ‘How High’, were sampled to death. I’ll add that although most of these tracks I’ve known and loved for years, a few were new to me, hunted down for this purpose. Hope you enjoy, please leave me a comment if you’re feeling it… I could do with some motivation to work on similar mixes for hardcore/rave and breakbeat samples that I have vaguely sketched out :-)”

Thanks to the original uploader, Thanks to JJ for the tracklisting. 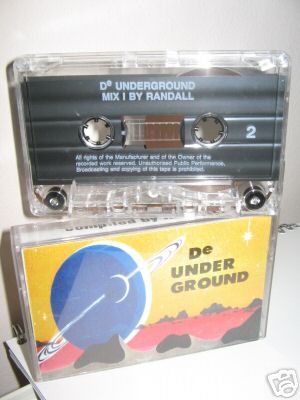